Once again members of the Halifax Area Model Yacht Club will for the core of Team Canada at the CanAm Regatta this weekend in Stowe, Vt. We will be joined by top sailors from Eastern Canada, as Canada will send it’s strongest team ever in hopes of capping our outstanding individual performances with a team win.

The CamAm Challenge Cup was first held in 2009 to promote a friendly, yet competitive 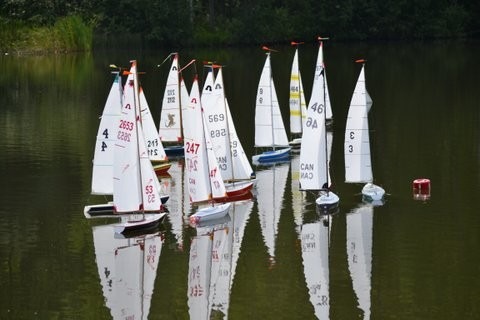 spirit between sailors in the US and Canada – in the true Corinthian spirit. The regatta is sailed with Soling One Meter model Yachts and scored on two levels:

The emphasis is on the individual sailor; team racing is specifically prohibited. It is anticipated that the top five individual positions for each country, for each race, will determine the CanAm Challenge Cup team winner. This method gives each skipper a chance of scoring for their team in an race throughout the regatta. The number of sailors scored for the team award will be adjusted based on lowest number of entries from one country.

Archive of Results and Photos